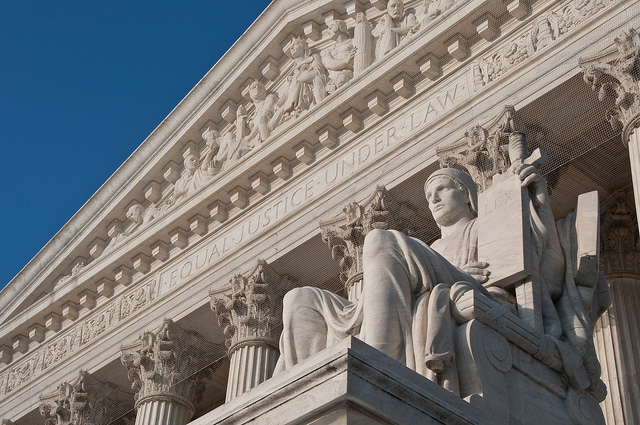 Washington DC— May 15, 2018 — The Supreme Court overturned a law that once made betting on sports illegal in the United States of America, voting with a final decision of 6-3. The Professional and Amateur Sports Protection Act of 1992 (PASPA) once prohibited the gambling of state-authorized sporting events in all states, except for Nevada. Upon the advent of the upturned law, New Jersey looks ahead to be the first state to take advantage of this new freedom. Following the news, a New Jersey racetrack said it would offer sports betting within weeks. This comes after a nearly six-year legal battle with numerous sports leagues, including The NFL, NCAA, NBA, NHL, and the MLB. The leagues argue that it would hurt the integrity of their respected sports.

The Supreme Court, releasing their own statement, has assured the public that Congress may continue to regulate sports gambling directly through legislation. However, if Congress elects not to regulate sports betting, it is then up to the States to decide what restrictions, if any, they might place on sports betting. The Supreme Court maintains that their job is simply to interpret the legislation passed by Congress and to determine whether or not it violates the Constitution. The Court has determined that PASPA is in violation of the anti-commandeering clause of the Constitution.

With the Supreme Court’s decision, New Jersey and other states planning to legalize gambling will now push to pass legislation that will regulate the gambling process.

The benefits of the legalization of gambling will have a massive effect on the financial well-being of each state that decides to join the scene. For instance, Nevada – previously the only state where sports betting was completely legal, totaled a record $4.8 billion because of sports betting practices in 2017.

For those who have been betting on sports illegally for years, the idea is nothing out of the ordinary. The American Gambling Association estimates that Americans illegally wager over hundreds of billions on sports events per year. However, for many out there, this new-found power seems nothing short of taboo. While there are many proponents of the idea, opponents point to incidents like the Pete Rose scandal as evidence of why betting on sports is a bad thing.

No matter what side of the fence you fall, the legalization of sports betting is sure to change how consumers interact with their favorite teams.