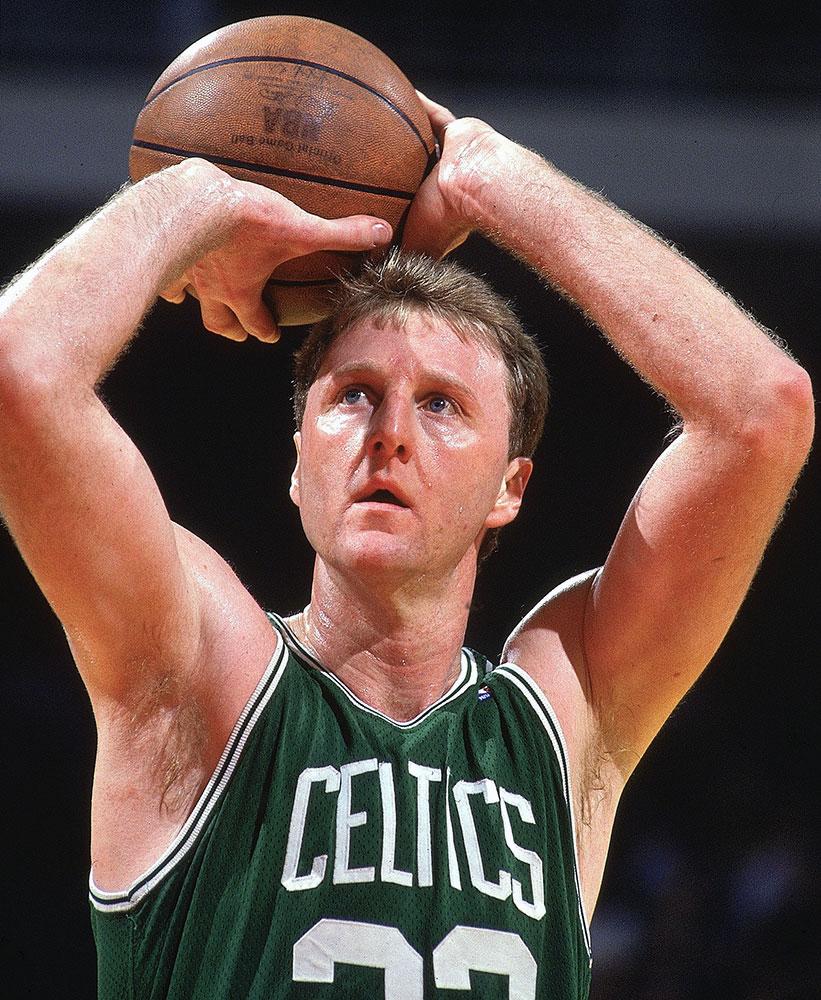 Larry Bird is widely regarded as one of the three greatest NBA players to ever lace up their sneakers on basketball’s premiere stage alongside Michael Jordan and Magic Johnson. He led the Celtics to three NBA championships in the eighties before retiring from the NBA in 1992. In 1996, he was voted to the NBA’s 50th Anniversary All-Time Team. He was inducted into the Naismith Memorial Basketball Hall of Fame in 1998.

Bird was born in West Baden Springs, Indiana and his family experienced much financial difficulty during his early years. The Bird family was also embroiled in personal turmoil, which came to a head when his father, Joe Bird, committed suicide in 1975. Bird admits that being poor motivated a great deal. His humble beginnings also earned him the “The Hick From French Lick.”

The most famous of Bird’s nicknames was “Larry Legend,” which he earned for his exploits on the court and for having a sixth sense about the game. He possessed an uncanny ability to anticipate and react to the action on the floor. He could see the plays before they actually happened. For this reason, his first NBA coach Bill Fitch nicknamed him “Kodak” because he form mental snapshots of every play. This ability allowed him to make passing into an art form. He could often spot open teammates even before they knew they were open. This gift also allowed him to snag critical rebounds and make key steals even though he was not extraordinarily big or quick.

Bird finished his high school career as the all-time scoring leader of Springs Valley High school. He accepted a scholarship of Indiana University in 1976, but left after a month. He later enrolled at Indiana State University and led the Sycamores to a 33-1 record and to the national championship game in 1979 where his team lost to the Michigan State University, led by Earvin “Magic” Johnson, who would become Bird’s chief rival in the NBA for over a decade. Off the court, the two were close friends and together, they rejuvenated first the college game and later the NBA.

Though Bird’s team lost to Johnson in the college championship, Bird would edge out his nemesis in terms of individual honors as he was regarded as the best college basketball player at the time, winning both the Naismith and Wooden Awards.

Once Bird and Johnson entered the NBA with the Boston Celtics and Los Angeles Lakers, respectively, they became the league’s biggest stars. Together, they won eight NBA championships in a 10 year span, with Bird bagging three titles and Johnson capturing five.

Jonathon Hardcastle writes articles on many topics including Sports, Recreation, and Games