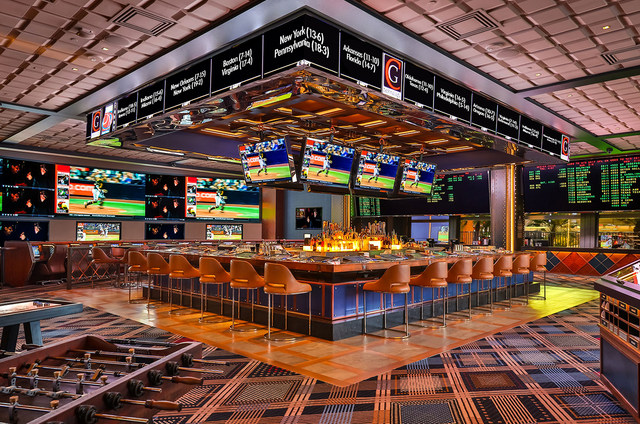 One of the key things a gambler can do to help shift their odds in favor is to look for the weakest spreads and weak lines. This should be common sense, and it should be common practice, but it’s not. Over time you can lose out on a lot of money by not taking advantage of these.

Which would you choose?

Of course you would take the one that gives you the most money. Why wouldn’t you? Yet people who enjoy online gambling often don’t look around for the best deal. This doesn’t make any sense to me. If you know who you’re getting on, why wouldn’t you want the most money you can win? This adds up quickly, too. During the NFL season I put down about 80 bets. I usually do very well and win around 60 of them (maybe 58-59, but we’ll say 60 for easy math, I’ve done better and worse).

Well in 60 wins, let’s say the average difference in odds was about 10%. This is not uncommon, and I’ve seen even larger. Well if I’m getting $18 a bet back instead of $16 (assuming my bets are $20, all numbers hypothetical), that’s $120 right there. If I’m betting more, obviously I’m making more. That difference in lines adds up to an extra 6-7 wins worth of money. That becomes a lot of scratch.

Baseball especially has moveable lines. Not only does the pay out differ, but I’ve even seen point spreads differ on the over/under. This next example is extreme, it’s the biggest difference I’ve found to date, but when comparing two online sports books, I was looking to bet on the Brewers early in the season, both to win the game and for the over/under to be over when I heard the number was set at 8½. They were favored, but not by much.

One of the sports books had them as a -120 favorite with the 8 ½ runs for the under/over. Those weren’t bad numbers, but boy was I glad I checked the other! They actually had the Brewers as UNDERDOGS at +115, meaning instead of my $1 winning 80 cents, my $1 would win $1.15, and the over/under was 7 runs even. Someone really messed up, but I took advantage! I was really confident in both, so I put down $50 on each. Both came through, and the end of the game was 5-3, meaning 8 ½ runs would have busted me, but it beat 7 straight out.

So if you’re going to bet, look for the weak lines and weak spreads. This is an absolute necessity to win in the long run, and just good old common sense.